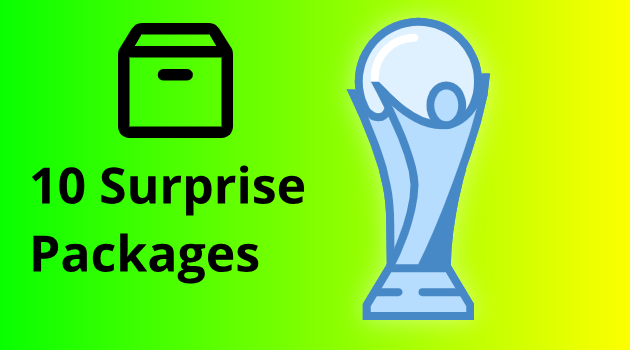 Bosnia certainly are a team full of hidden talents. They lost to Portugal in two play offs in 2010 World Cup and in the Euro 2012 competition. Eden Dzeko scored an incredible 15 goals in qualifying and he has Ibisevic, another known goalscorer, as his strike partner for Rio 2014.

Begovic is in between the sticks and all premier league fans know his quality. Misimovic is captain, most capped player and he pulls the strings for the team. Miralem Pjanic has had a fantastic season for Roma and he will be crucial to Bosnia’s success. Their lack of quality defenders may be their hindrance in the end.

Former England Manager Fabio Capello will be leading out Russia at the World Cup and he has big tournament experience. Igor Denisov sits in DM and he is a focused and strong player and is also the team captain. Alexander Kerzakhov was their leading scorer in the 2014 qualifying round and has a lot of big club European experience.

Ignashevish is their veteran centre back and they also have Yuri Zhirkov and Alan Dzagoev, who is one of the brightest talents for the future.

Chile came to Wembley with most England fans knowing little about them and expecting an Enlgand victory. Chile played superbly and ended up winning the match 2-0. Although England went with an experimental side, Chile were fantastic. Alexis Sanchez is the main man and loved by the fans, he had a good season at Barcelona and is set for a move to Juventus this summer.

They have a very strong midfield pairing of Vidal and Medel, a good mix of strength, goalscoring ability and Vidal was one of the players of the season in Serie A last season. Claudio Bravo is their captian and keeper.

Usually considered a firm favourite, Netherlands have dropped off the map slightly in recent times. They dropped in the ranking to 8th in the last ballot. They have a very good balance of youth and experience in the side. With household names like Arjen Robben, Wesley Sneijder and Robin Van Persie. But also good young players like Bruno Martins Indi, Jordy Clasie and Memphis Depay.

‘The Black Stars’ reached the quarter finals in the 2010 and had a very successful qualifying making light work of the African sector. They have a very strong squad. Jordan Ayew will lead the line up front but it is the midfield where they show most of their strength. Muntari, Essien, Andre Ayew, kwawdo Asamoah and Christian Atsu make a scary looking line up for Ghana.

Switzerland climbed the FIFA world rankings this year and rised up to 9th recently. They went 10 games unbeaten in qualifying and are expected to surprise a lot of people at the World Cup under the wiley management of Ottmar Hitzfield who knows all of the players very well having been in charge since 2008.

Xhaka, Inler and Shaqiri are the main men for the Swiss and all three of these players had very good seasons for Gladbach, Napoli and Bayern respectively. Admir Mehmedi is another quality young player who will be leading the line up front.

A team with good big tournament experience having competed in the last two World Cups. Captained by the model professional Didier Drogba who is a brilliant leader and always up for the big occasion. He will have Yaya Toure sitting behind him who was one of the outstanding performers in the Premier League managing 23 goals. They also got drawn in a group containing Colombia, Greece and Japan and they will believe they can get through that.

Led by the talismanic Luis Suarez. He pushed himself into the Messi/Ronaldo bracket in the 2013/14 season with 31 Premier League goals and propelling Liverpool to 2nd in the table when many believed top 4 was out of their reach at the beginning of the season. Like Hitzfield, Uruguays manager Oscar Tabarez has been in charge for 8 years now and has nurtured a lot of players through their youth and into the national team. They finished 4th in South Africa after a very impressive World Cup.

This will be Belgium’s first major tournament since 2002 and all neutrals are exteremely excited to see how they get on. They impressed everyone in qualifying gaining 26 points from a possible 30. Their squad includes Dembele, Witsel, Lukaku, De Bruyne, Vermaelen and Vertonghen but to name a few.

The 3 key players will be Hazard, Kompany and Fellaini. The reason I include Fellaini is it will be crucial for him to leave his form at United behind him as he is a key player for Red Devils. Kompany will captain the side and should be full of confidence after the Premier League win with City. Hazard tailed off slightly for Chelsea but I’m sure he will also be raring to go for the Belgians.

1966 seems like a century ago for England fans now. I believe England do have a good chance if they approach the World Cup in an attacking, positive way unlike last time where a scrappy 1-0 win after two draws let us scrape through an easy group. Players like Lallana, Wilshere, Barkley and Sterling should all get their chance as they will be hungry. Gerrard will need to get over the heartache of narrowly missing out on the Premier League trophy.

The most important part in my opinion is how Rooney and Sturridge link up, individually for their clubs they are both fantastic players but as a partnership in a big tournament it is unknown how they will do. Rooney has tried to reassure fans by saying he is raring to go and England fans will be expecting big things from him after two disappointing Euros and World Cups.